On December 4th, 2012, German table tennis super star and acting European champion Timo Boll visited the German Centre Shanghai. He was invited by the German company Viessmann, one of the leading international manufacturers of heating systems.

As brand ambassador of Viessmann, Boll took part in several events and activities at the German Centre. The best and most skilled employees of German Centre tenant companies were selected to play short matches against Timo Boll, an unique experience in a great atmosphere with hundreds of spectators cheering for their colleagues and for Timo Boll. 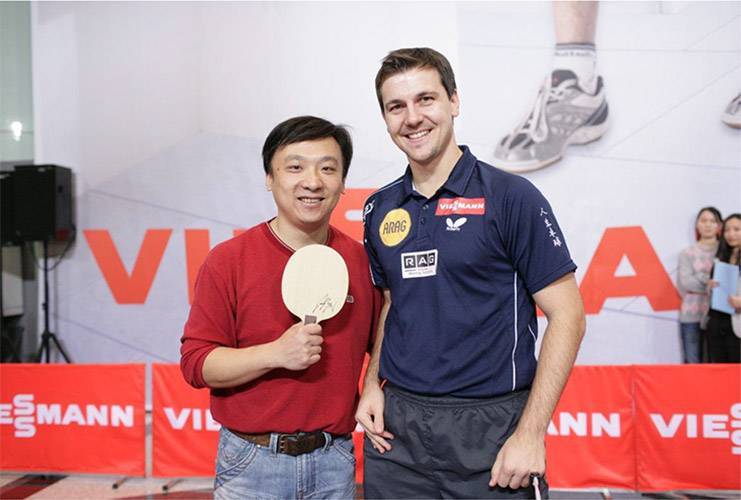