Up to 400 Chinese, Germans and Internationals enjoyed together the authentic public viewing experience at German Centre Shanghai each match and cheered for the German Team “Die Mannschaft”.

The lucky draw box was also initiated and guests were encouraged to leave their business cards to win the special price which is a hand-signed photograph from the World Cup in 1974. The photograph is signed by the world champions Franz Beckenbauer and Sepp Maier.

Supported by our sponsors we also ensured a constant flow of beer and soft-drinks as well as a thorough supply of snacks and potato chips.

Unfortunately, the German National Team hasn´t qualified for the next round, so that we have to wait another four years for the next World Cup Public Viewing event at German Centre Shanghai. 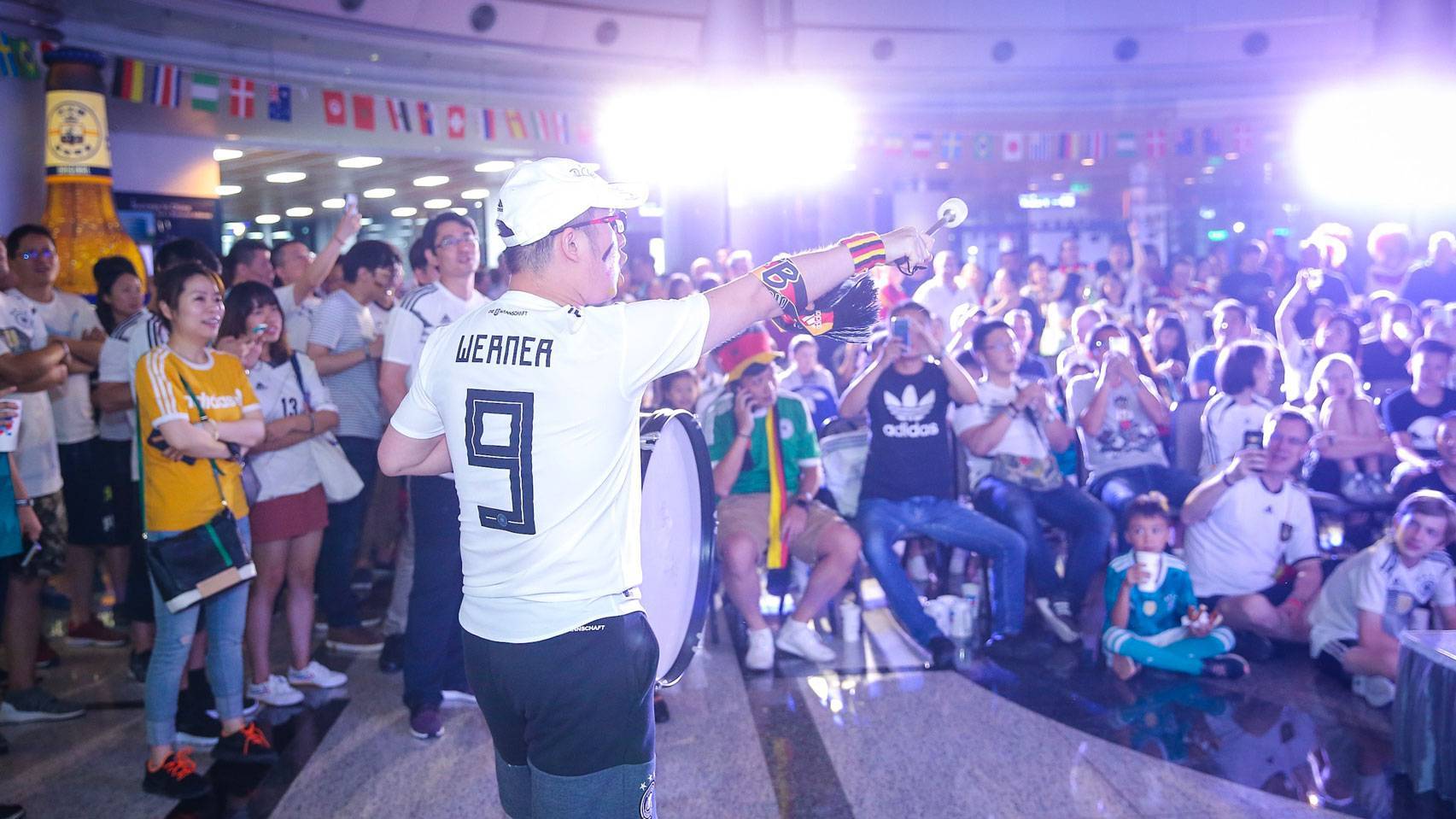 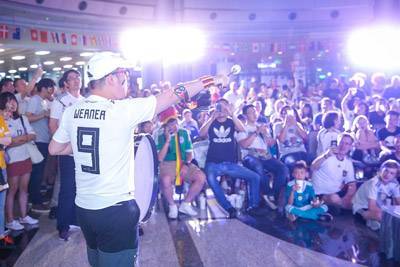 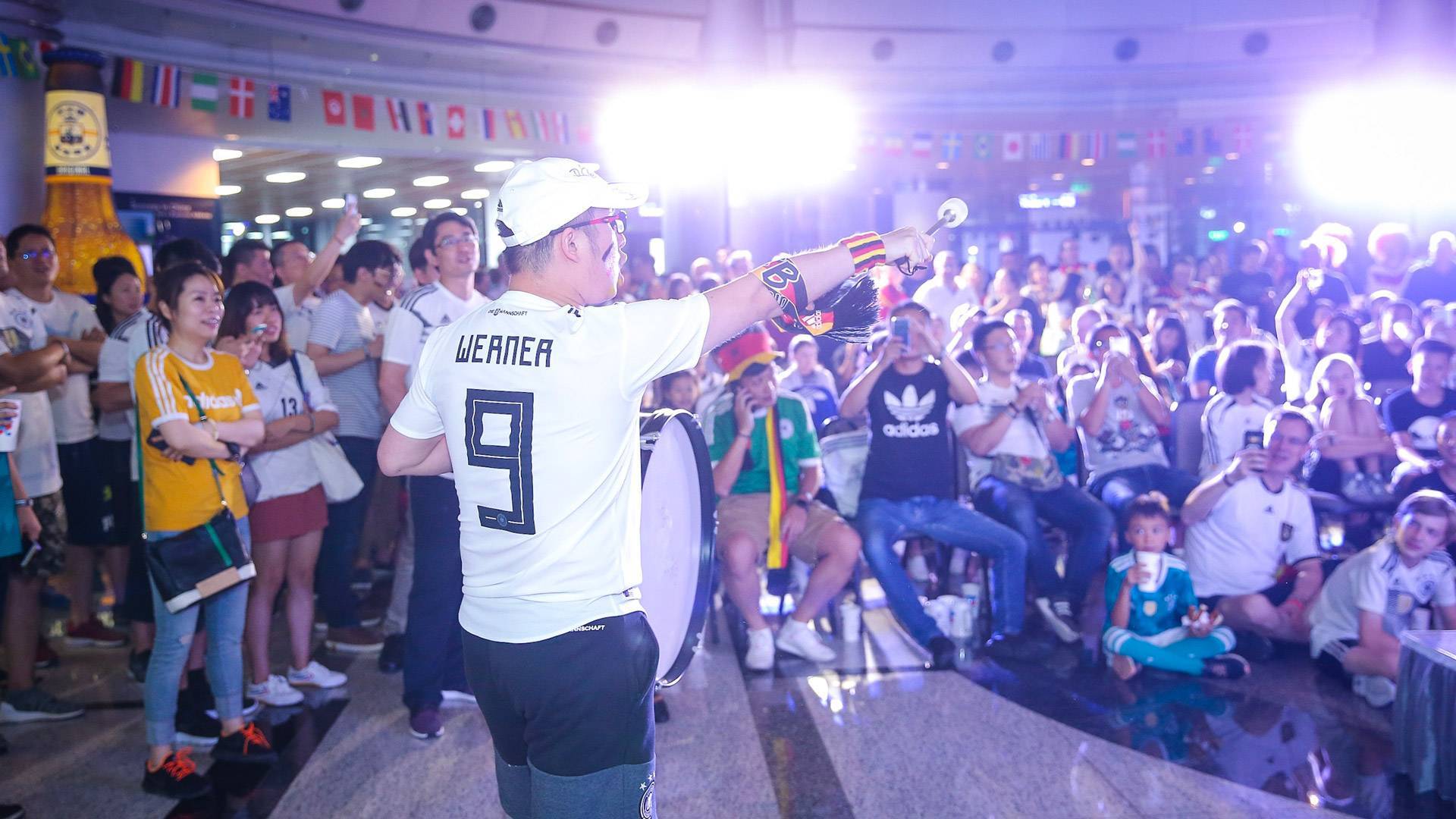 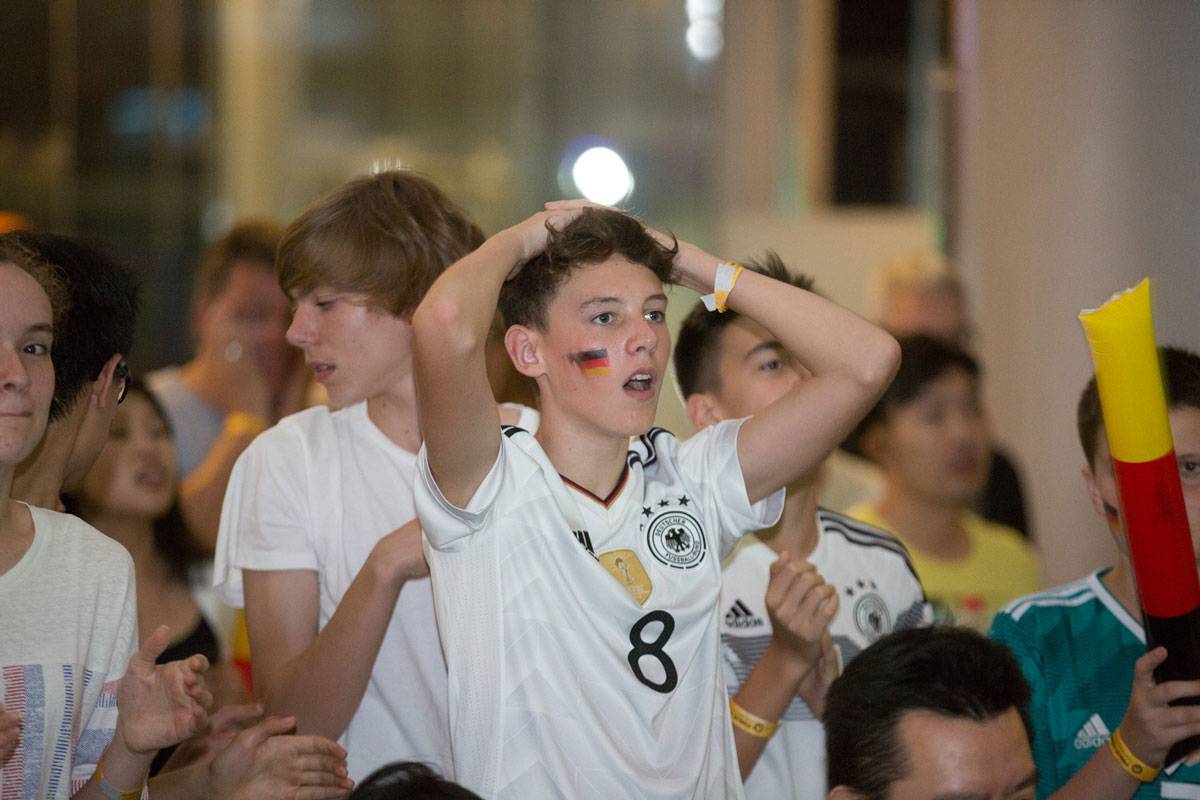 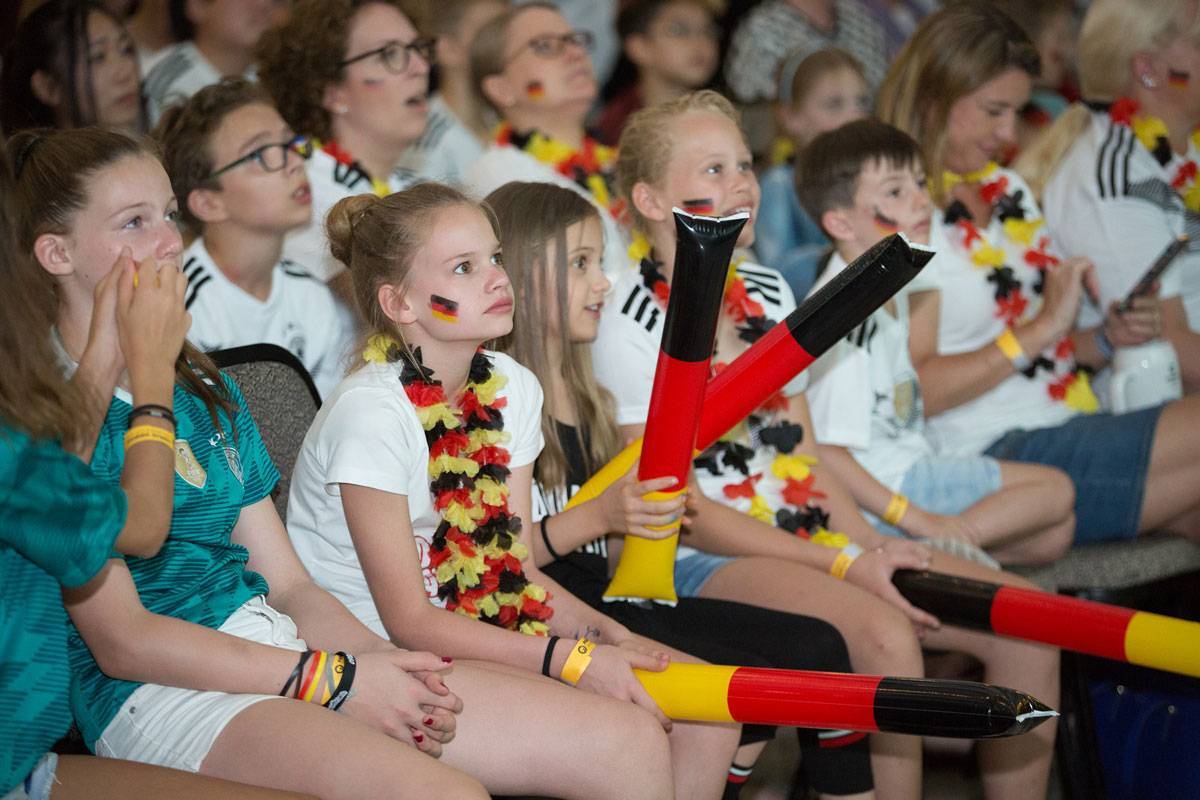 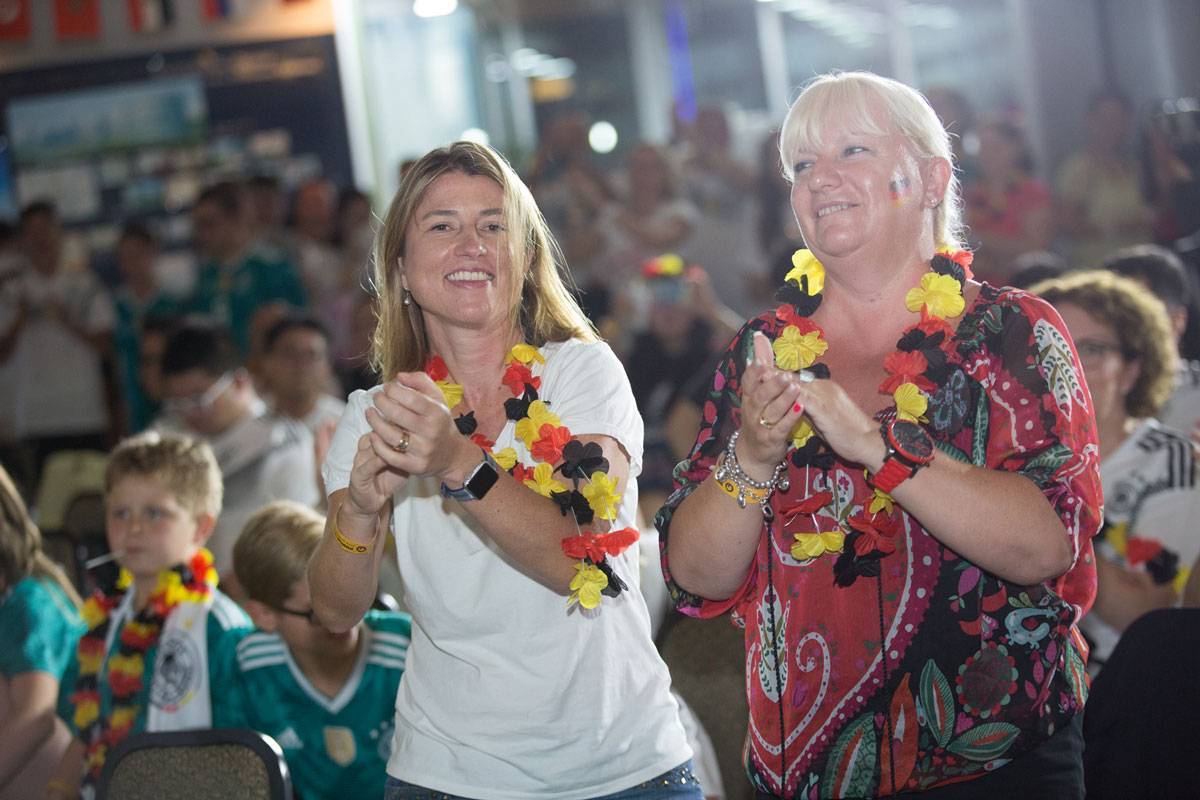 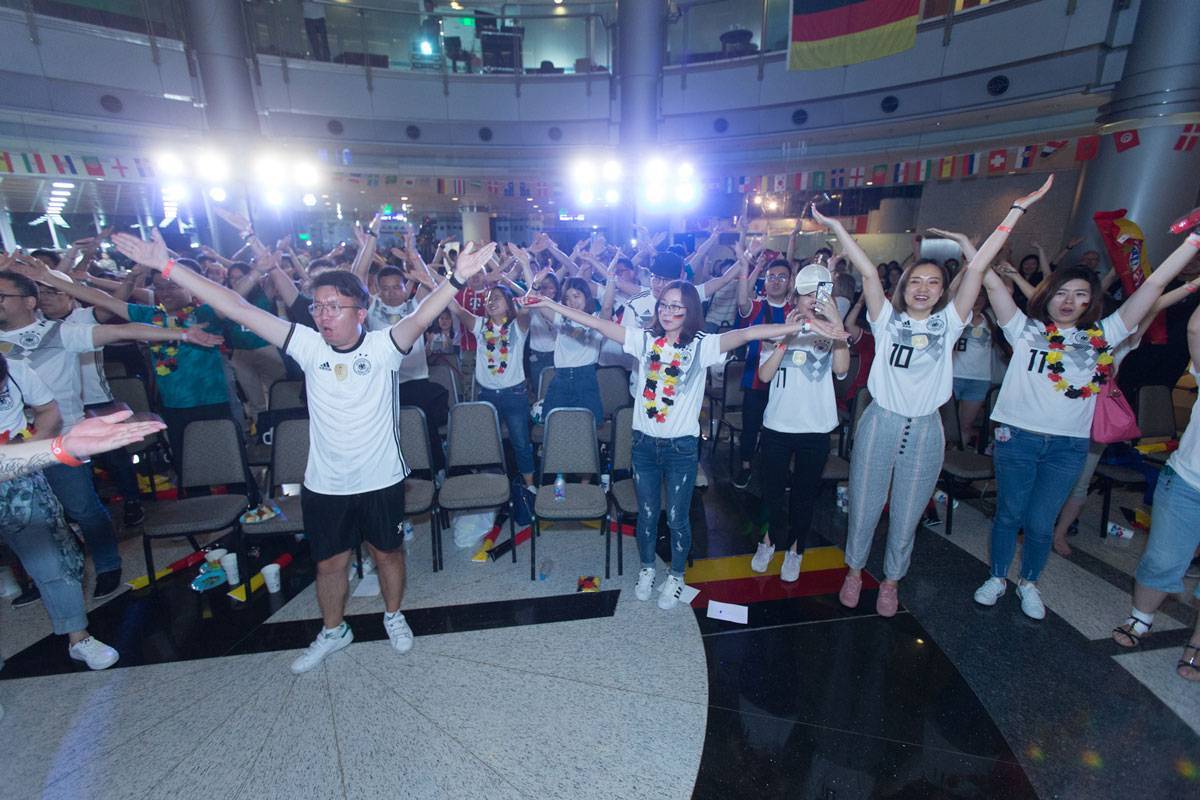 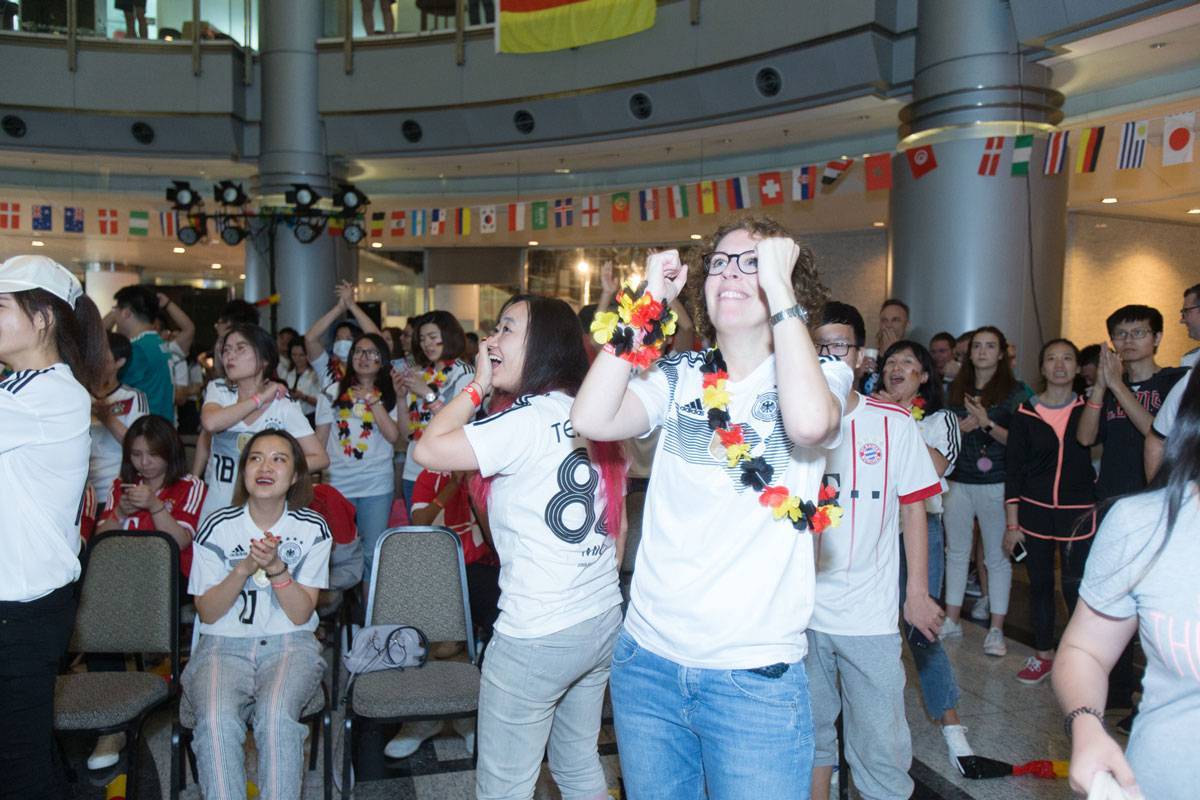 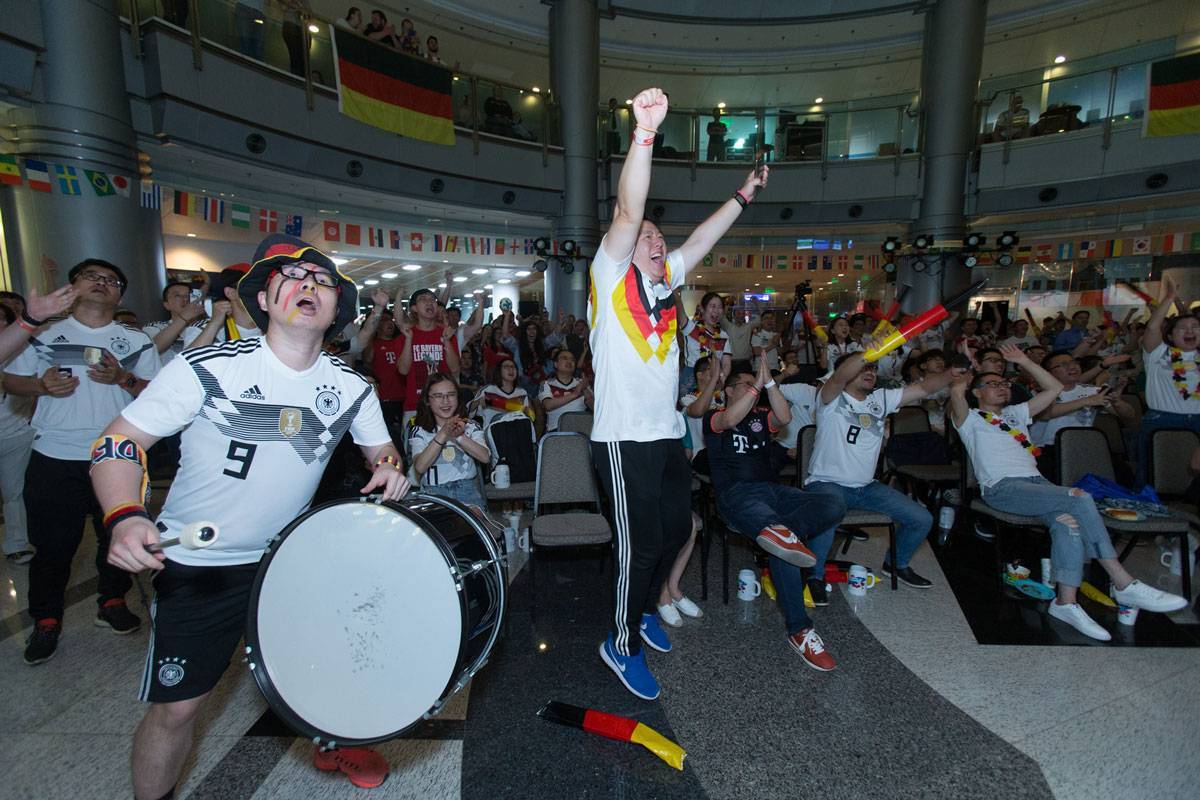 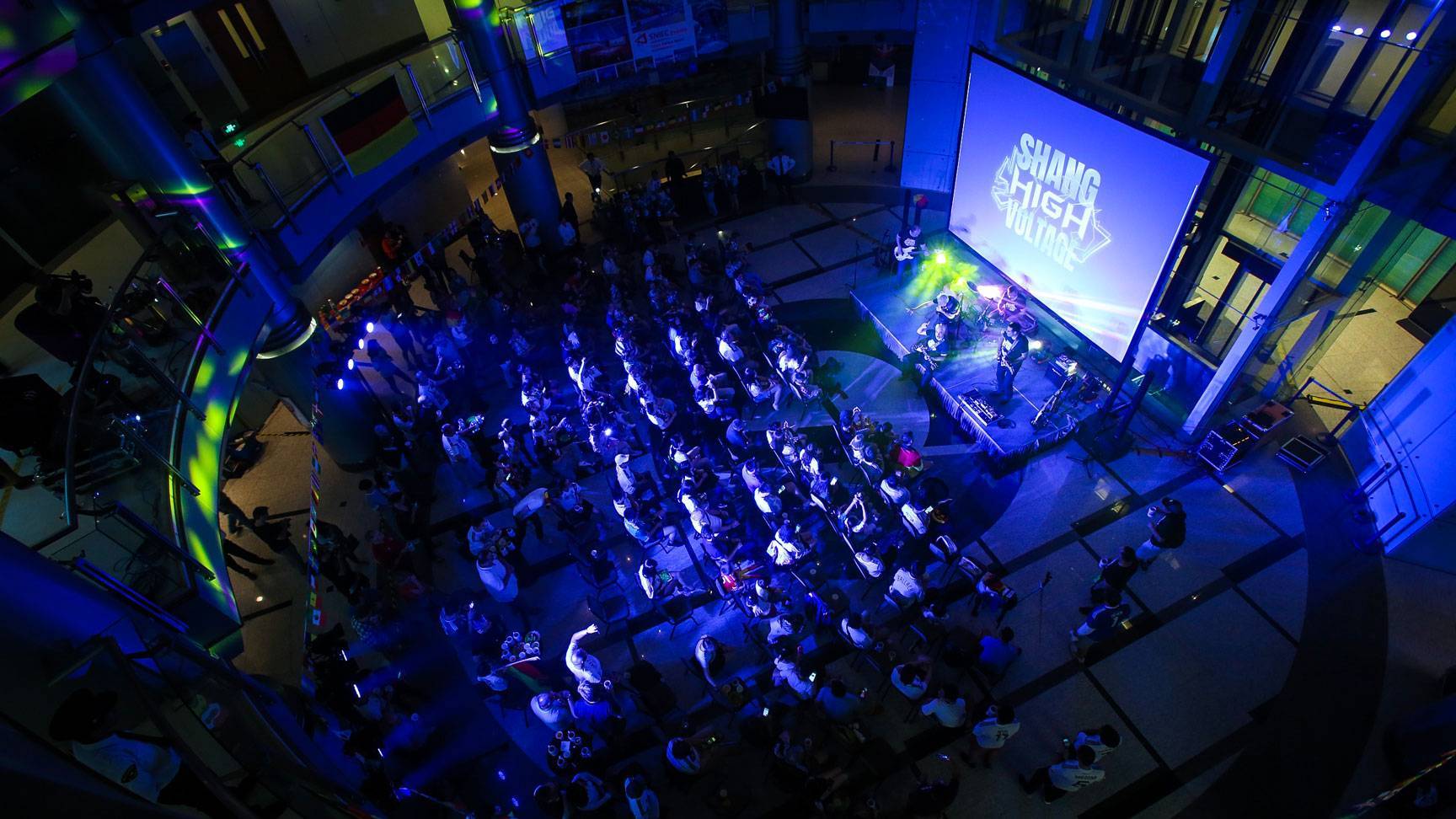 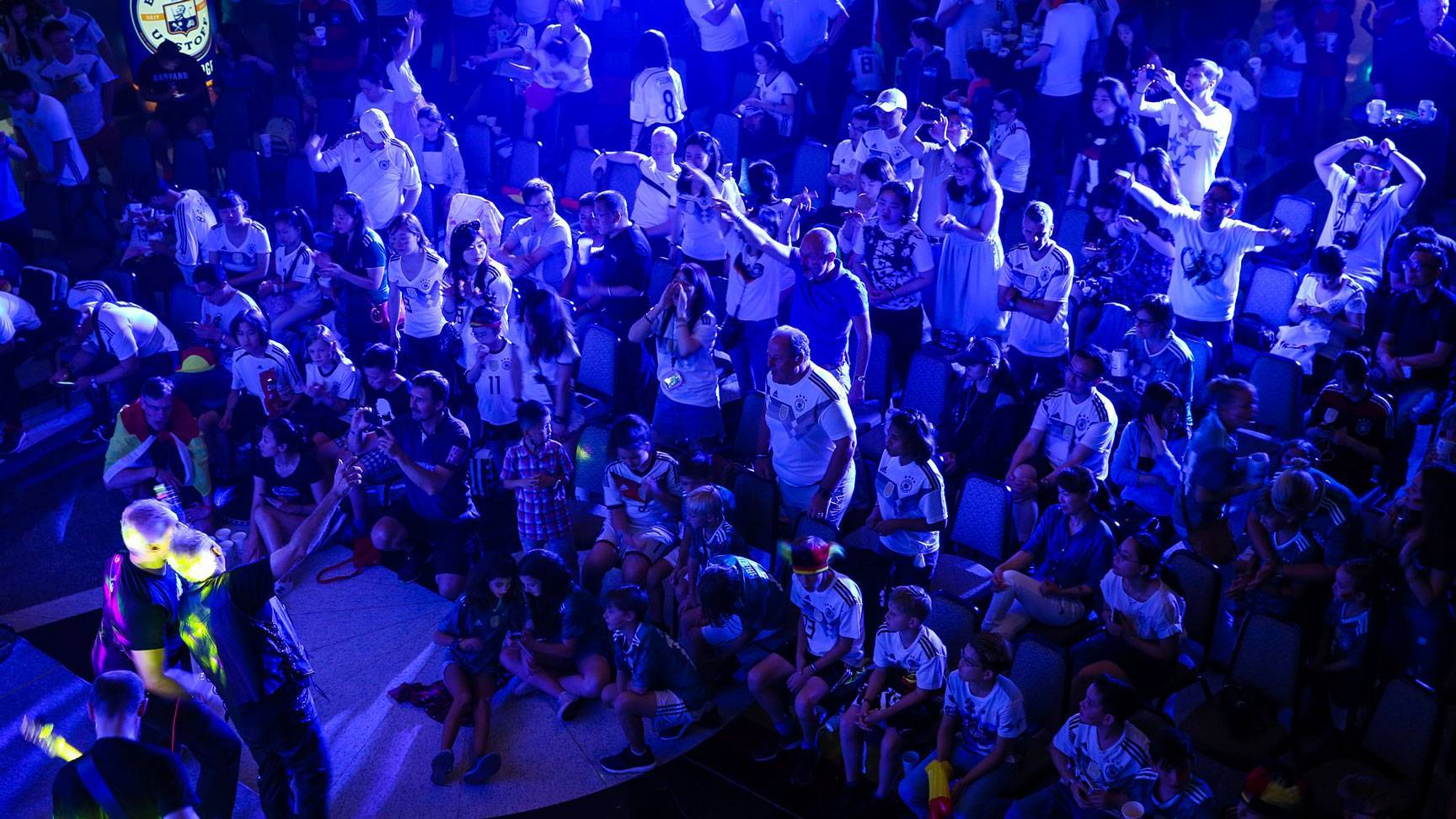 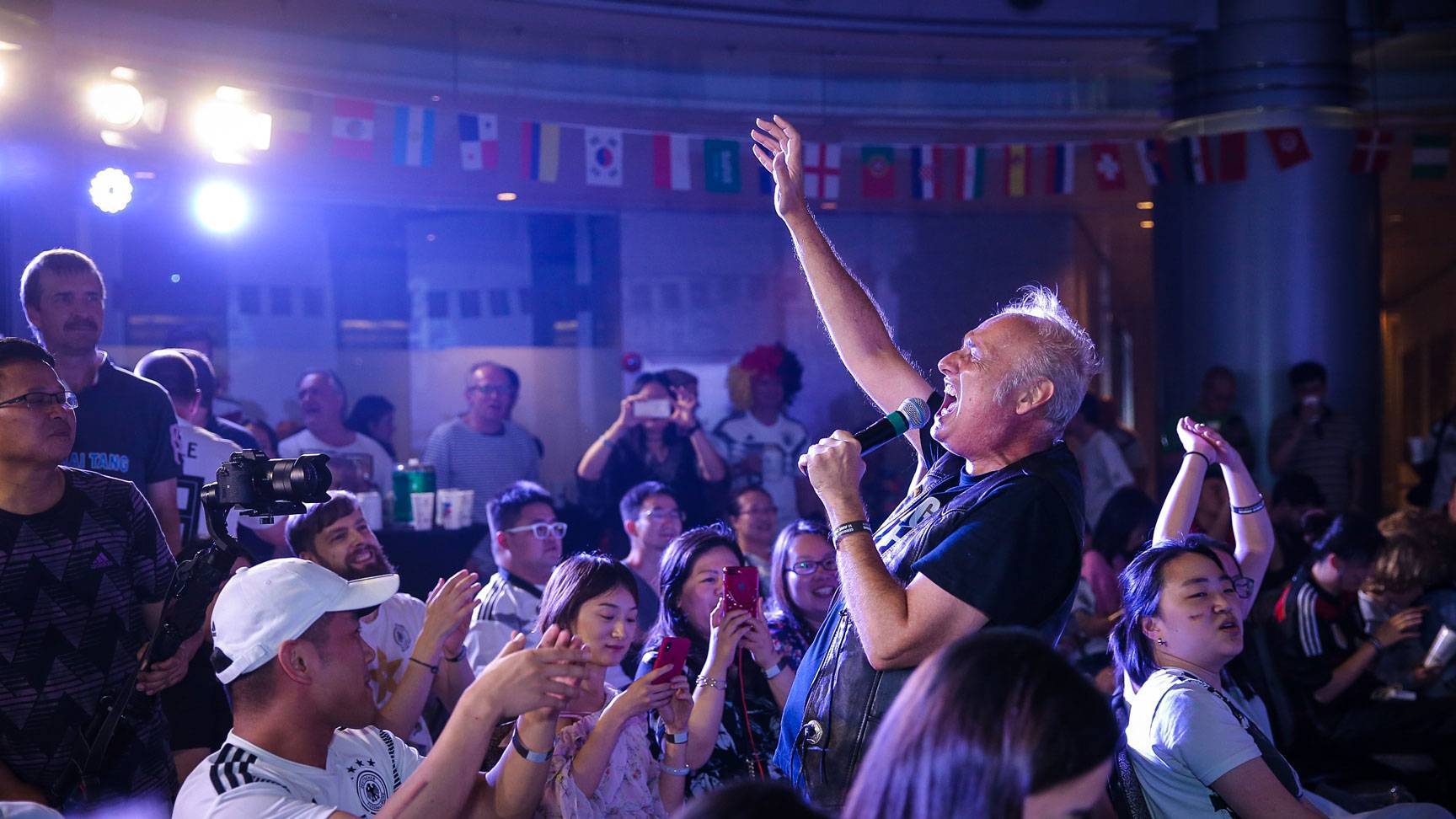