The second friendly table tennis match on the occasion of the anniversary of 40 years diplomatic relations between Germany and China was played on 26 May 2012 in Jinan, capital of Shandong Province.

After the day before had seen the successful signing of a strategic alliance agreement between the Sino-German Ecopark Qingdao and the German Centre Shanghai both sides met for the table tennis match in the Jinan Sports Center. With the Shandong Party Congress taking place in the city at the same time several high-ranking representatives from government and business circles were among the spectators . 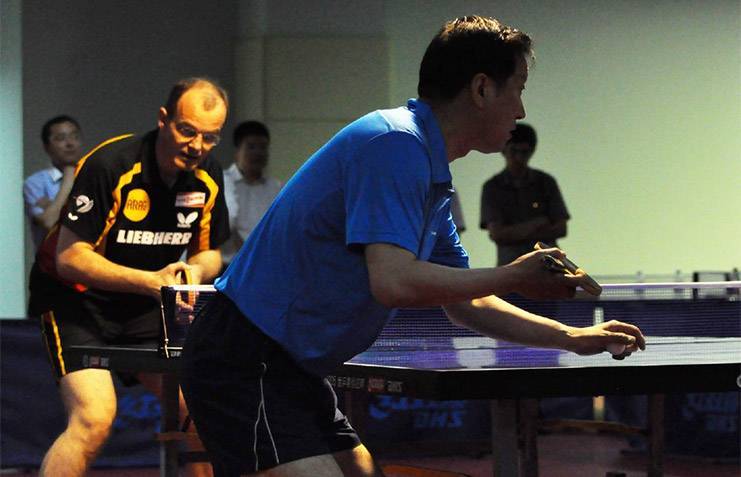